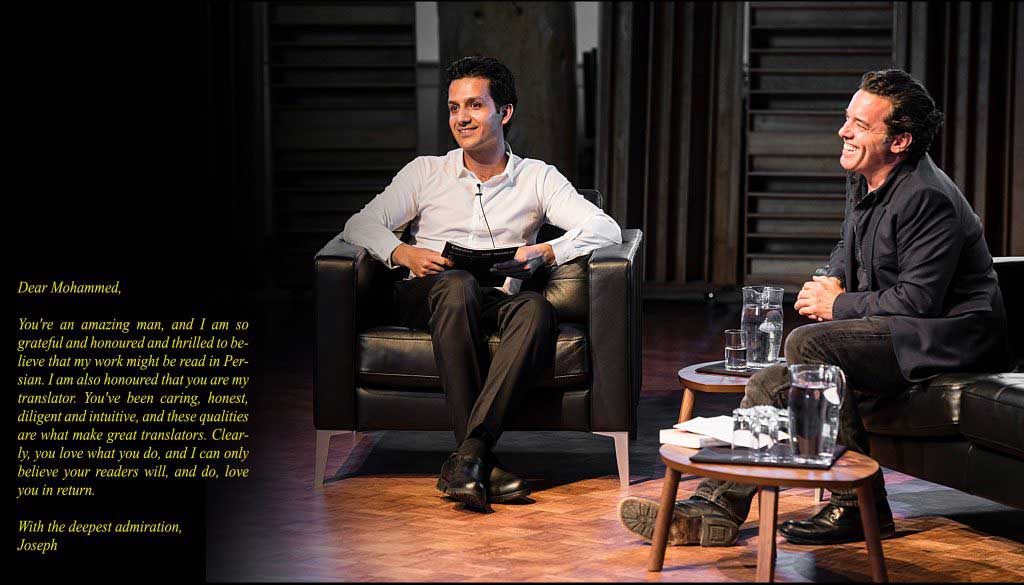 Mohammad Javadi (Born in 1980, Tehran, Iran) is a literary translator and Member of Iranian Translators Association.

He is educated at Allameh Tabatabaei University (Bachelor of French Translation).

He has translated 29 books mostly literary works and more than 50 articles from English and French to Farsi.

Mohammad Javadi is a translator of Joseph Boyden in Iran and has translated all his works into Farsi. Some of his translations are about Indigenous peoples in Canada include Born with a Tooth, Three Day Road, Through Black Spruce, The Orenda and Chanie Wenjack.

In 2014, Javadi was  invited to the “Banff International Literary Translation center” at Banff Center, Alberta, Canada to meet fourteen others selected literary translators from all around the world and Joseph Boyden Irish-Canadian Author.